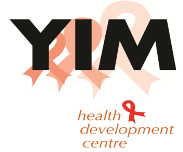 STIGMA AND DISCRIMINATION MUST FALL!

Yakha Ikusasa Manje is a community based organisation which focuses on health issues and targets key and vulnerable populations in line with the National Strategic Plan on HIV, STIs and TB 2017 – 2022. These key populations are PLHIV, people who inject drugs, men who have sex with men, transgender persons, sex workers and prisoners. Key populations are often difficult to reach for HIV testing, care and treatment services. They generally face a much higher risk of contracting HIV and stigma and discrimination is commonly faced.

“The more we conducted sessions with them, they became more open and trusting about stigma and discrimination issues related to HIV services.” Hlobi, YIM Director

He shared some of the key issues learned through the programme. Inmates discriminate against each other daily at correctional centres for multiple reasons – because of their HIV status, their way of living, sexual preference, race etc. There is a need to continuously afford inmates safe spaces to perceive, conceptualize, critique and finally provide lasting solutions to stigma and discrimination.

However, there is a lot to learn from inmates about stigma and discrimination and such information should be used for shaping interventions at centres and in communities. During one of the community support group sessions, a gentleman claimed that he contracted HIV while in prison. He was repeatedly raped and he ended up being sick, emaciated and was admitted to the prison hospital where he discovered he was HIV positive. His fellow cell mates had already started discriminating and calling him inappropriate names including being someone’s sex partner, even though it was by force. It was worse when he found out about his HIV status. He felt isolated and depressed. This led to him experiencing internal stigma.

Through the programme, inmates were beginning to freely talk and challenge issues of stigma and discrimination. When the person shared his story with the group he was very emotional as he narrated how he always had safe sex before he became a prisoner. His main concern was how he was going to disclose his HIV positive status to his wife once he comes out of prison.

Most of the inmates began to profess a sustained mind-set change by being more positive about life, living with HIV and learning how to cope and deal with both internal and external stigma and discrimination. YIM stands resolved to escalate programmes on stigma and discrimination reduction amongst key populations and is looking forward to cooperating with other programmes that target key populations. The mind-sets and behavioral patterns of those who stigmatize others will change.